Trileaf is a specialized environmental, architecture, and engineering firm.

We are known for completing large volumes of small and medium-sized projects across large geographies, including Phase I Environmental Site Assessments, As-Built Site Surveys, Construction Documents, and FCC NEPA Reviews. We employ highly-trained personnel in a variety of disciplines spanning the map, ensuring our ability to produce consistent, fast results for your project without relying on contractors or subconsultants. With multiple locations across the country, Trileaf has developed expertise in our industry through our work on over 90,000 sites, spanning every state, territory, and province in the United States and Canada.

We have developed processes and procedures that enable us to streamline our services and guarantee their quality. We are consistent, responsive, and cost-effective, and these are the hallmarks of the Trileaf Experience.

Consistency is a primary aspect of our service. Through our specialized Client Groups, an industry-specific project manager acts as your Single Point of Contact (POC) for Trileaf services, providing expertise and responsiveness while developing insights into your needs as our client.

We are proud of our reputation as a responsive firm. Your project is important, and we are committed to providing you with real-time updates. When you reach out by phone or email, our project managers will respond within the hour, and for those occasions in which your project manager is unavailable, we will provide a back-up contact to ensure you are always able to reach someone at Trileaf.

When we take on your project, we don’t trust the results to just anyone. Trileaf performs all site visits across the U.S. and Canada utilizing our skilled, full-time staff – not subcontractors – without charging extra for travel. While many other firms will hire subcontractors or send talent to your site on your dollar, we believe Trileaf personnel offer the most value to your venture and include travel expenses in our lump-sum pricing. We want to make it as easy as possible to work with us, so we never charge mileage and decide pricing according to your needs.

After graduating with an MBA from the Kellogg Graduate School of Management at Northwestern University, T. Scott Muschany teamed with geologist and friend Todd Prevette to form Trileaf Corporation in May of 1993. Headquartered in St. Louis, Missouri, the two founders and sole employees initially focused company growth in Iowa and Missouri, performing UST site investigations, Phase I ESAs, and Air Permitting projects. Excellent personal service attracted additional clients, which translated into employee growth. In 1999, Trileaf was named as ‘one of the fastest-growing privately held companies in America’ by Inc Magazine in their annual Inc. 500 publication.

In 1999, Todd sold his Trileaf shares to Scott so his family could realize their dream of becoming missionaries in Africa. Scott has continued as sole owner and President, leading what has grown to become a considerable team of capable professionals. With continued focus on small environmental and engineering projects, Trileaf began to complete work with an efficiency and expertise unparalleled within the industry, soon expanding across the United States to become a nationwide firm. Throughout this time, our reputation as a consistent, responsive, and cost-effective corporation has spread both geographically and across industries. We currently manage satellite offices from coast to coast, and as of 2021, Trileaf has completed over 50,000 projects throughout all 50 states and Canada. 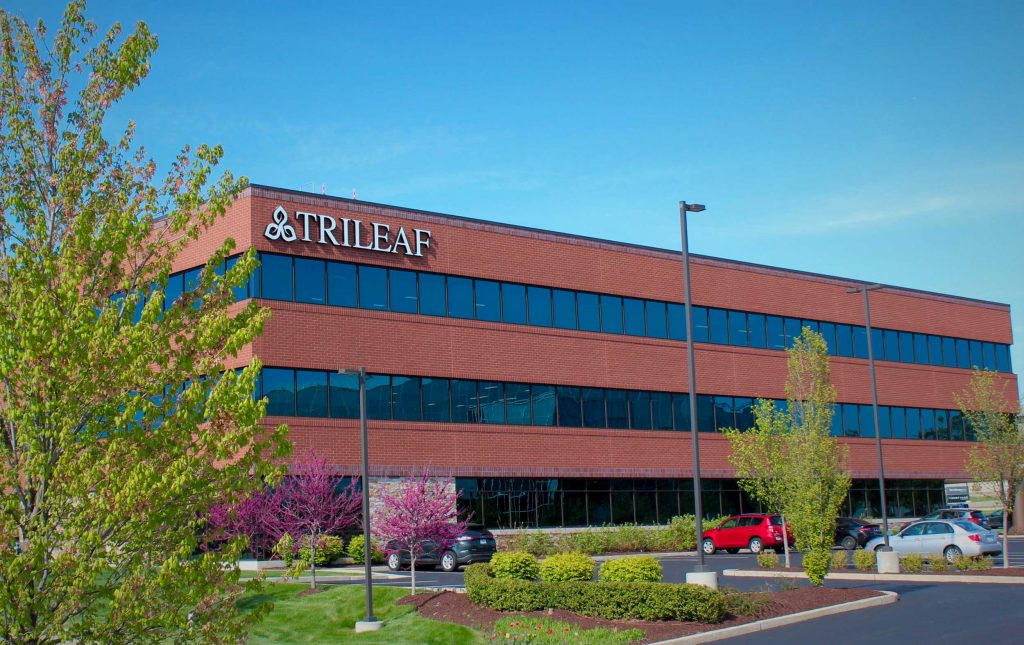 At Trileaf, we honor God by treating each other with respect, keeping our promises, communicating honestly, and acting in good faith. This guides our interactions with personnel, clients, and vendors alike, we look for ways to serve on another and facilitate goal achievement. We will do what we say we will do, in the timing we’ve agreed upon, and in a more excellent manner than is expected.

Focusing on personal and professional development is not only the right thing to do for our personnel, but also the best thing for you as our client. As individuals grow at Trileaf, they are provided with continual training, advanced responsibility, and valuable input. As industry leaders, it is imperative that our personnel continue their professional education and pursue certifications to perpetually expand their expertise. From entry level to management positions, Trileaf’s goal is for employees to consistently develop their professional capability and their personal maturity. To maintain our high service standards, we hire professionals who possess skills, experience, and a desire to pursue growth in their expertise.

We believe growing profitably is a natural consequence of achieving our first two objectives. Over the past 25 years, Trileaf has grown from a small regional environmental consulting service provider to a full-service, specialized environmental, architecture, and engineering firm with offices throughout the nation. As we continue to expand, so does our ability to benefit both our clients and our personnel. We are committed to developing an even greater breadth of services for your projects.

Trileaf is a trusted partner to hundreds of clients each year

Get In Touch To Learn More About Our Services